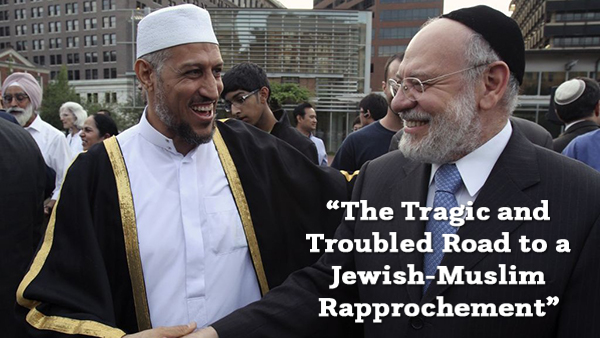 Last Saturday, as Jews around the world emerged from synagogue services marking the end of the Passover Holiday (“The Festival of Freedom”), we were met once again by the breaking news of a mass shooting, once again in a house of worship, once again in a synagogue, this time outside of San Diego, CA.

Charleston SC, Pittsburgh PA, Christchurch NZ, and now Poway CA; the roll-call list grows and grows as once again we recoil in horror and anger at the carnage. We should not, however, allow our grief to blind us from the fact that all these crimes were all committed against Jews and Muslims and African Americans by young white men committed to a racist ideology that believes that these three groups pose an existential threat to “White Christian America.”

If ever there was a doubt about the danger of white supremacy to the increasingly tenuous bonds of American democracy, the online statement of the alleged gunman in Poway washes it away. Instead, his statement is a virtual “Mein Kampf” of anti-Semitic, Islamophobic, and white racist bigotry. (The threat this ideology poses was reported in detail in an opinion article in The New York Times, “The Grave Threats of White Supremacy and Far-Right Extremism,” Feb. 22.)

For those of us who work either as professionals or as activists in organizations and movements committed to a religiously pluralistic and multicultural vision of our country, the 29 months since the inauguration of the current occupant of The White House have been times of tension and trauma. Many Jews and Muslims and African Americans had come to believe that American democracy, not without some glaring shortcomings, had at last delivered upon the promises promised by the Founding Fathers and expanded by President Lincoln and the three post-Civil War Amendments.

Few of us would have believed it likely, much less possible, that following two terms in office of our first Black President, American Jews would be gunned down while at prayer in synagogues, American Muslims would be targeted by an unconstitutional “Travel Ban,” and African Americans would watch in horror as the current administration, with support from the Supreme Court, attempted to roll back a half-century of advances in civil rights legislation.

Ironically, the advent of the current administration, with its plethora of advisers hailing from “white nationalist” and right-wing extremist organizations and movements, has been a boon to Jewish-Muslim rapprochement, and even cooperation. As a Jew serving as executive director of a local chapter of the largest Muslim civil rights organization in the country, I have been in the unique and privileged position to organize, participate in, and witness some of these efforts in improving the state of Jewish-Muslim relations.

These attempts have included:

These efforts are impressive, at times very moving, and are inspired, I believe, by three factors: 1) the religious obligation for Muslims and Jews, the “People of the Book,” “to know one another”; 2) the historical memory of those centuries in medieval Muslim Spain when the three Abrahamic monotheistic faiths lived together in relative harmony; and 3) the current knowledge that anti-Semitism and Islamophobia both lie at the foundation of Western culture, and that Jews and Muslims share a common enemy in the far-right extremism of white supremacist Christianity.

Impressive though these efforts may be, attempts at improving the relationship between our two communities will always come to naught unless the Israel-Palestine conflict — “800-pound gorilla in the living room” — is bravely and openly addressed.

Far too often, the Jewish participants in these dialogue efforts, especially those connected to the Jewish establishment, have insisted that talk of the conflict, and especially any reference to Israel’s numerous violations of Palestinian human rights, be avoided at all cost.

Meanwhile, Prime Minister Benjamin Netanyahu’s coalition government will include two openly racist political parties, and Netanyahu has announced an (illegal) Israeli settlement on occupied Palestinian land in the West Bank will be named after the current American president (Kfar ha-Donald?).

Real dialogue involves the courage of self-criticism, not the knee-jerk charge of anti-Semitism directed at college students, many of them Jewish, who support the nonviolent BDS movement against Israel.

The violent events of the past two years have made it abundantly clear who are the real danger to American Jews, American Muslims, and African Americans. If the mainstream Jewish organizations truly want to join in a broad-based coalition against white supremacy, they should stop attacking the organization for which I am proud to work, and cease acting as a defender of every increasingly-indefensible policy that Israel will throw at the Palestinians to block their quest for independence and free.