CAIR-Philadelphia, together with its interfaith and social justice partners, organized two town hall meetings on Islamophobia in the last two weeks. CAIR staff members helped organize and served as a speaker and moderator in these town halls.

The first town hall, held on June 13, was co-sponsored by the offices of Rep. Joe Webster and Rep. Melissa Shusterman and was hosted by the Islamic Society of Greater Valley Forge (ISGVF) together with CAIR-Philadelphia and Emgage Pennsylvania. 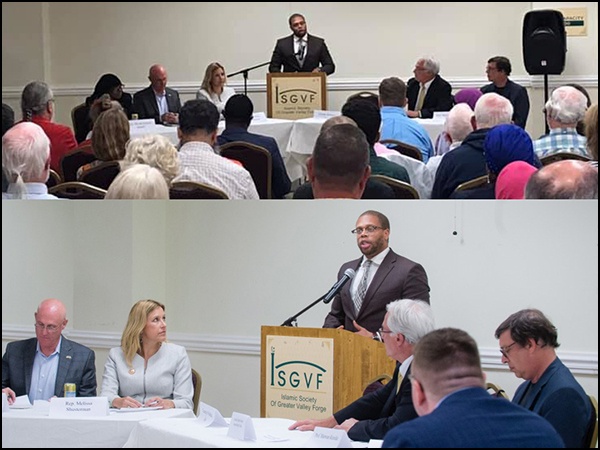 CAIR-Philadelphia helped organize a second town hall meeting on Islamophobia on Wednesday, June 19, in Carlisle, PA. The event was held in the eve of postponement of an Islamophobic lecture at US Army War College (USAWC) after CAIR-Philadelphia led a campaign to urge the USAWC to not host anti-Muslim activist Raymond Ibrahim.

More than 70 community members and interfaith allies attended the town hall to highlight their concerns around racism, Islamophobia, and its consequences for Muslim Americans. Rep. Movita Johnson-Harrell (below) recounted her encounter with Islamophobia on the day she swore in for office and urged the audience to be confident in their identity. Corbett Anderson (bottom) from the Attorney General’s office encouraged the audience to report hate incidents to their office. 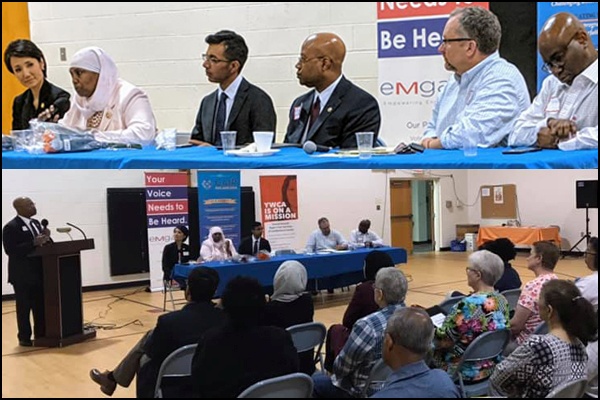 Organized in partnership with Emgage Pennsylvania, YWCA Carlisle, and Community Responders Network, the town hall meeting opened with a welcome note by Noaman Hasan from Emgage Pennsylvania and was moderated by Dr. Ahmet Selim Tekelioglu, CAIR-Philadelphia Education and Outreach Director.

On June 15, CAIR-Philadelphia joined Muslims from the area (below) in a protest spearheaded by community activist Matt Tucker in Philadelphia to draw attention to the plight of Uyghur Muslims whose religious freedoms have been violated by the Chinese government. 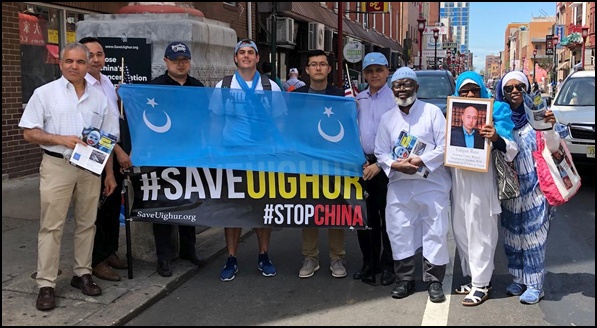