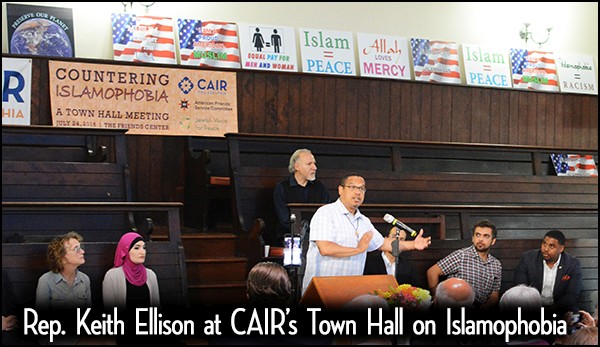 This past Sunday evening, CAIR-Philadelphia, American Friends Service Committee, and Jewish Voice for Peace hosted a town hall meeting on “Countering Islamophobia” at the Friends Center in Philadelphia. In attendance were more than 200 community members, local leaders, and Democratic delegates from around the country.

On Monday morning, CAIR-Philadelphia held a press conference to follow up on the issues raised at the town hall meeting in relation to the ongoing Democratic National Convention and to urge the Convention to adopt a platform that focuses on civil rights, refugees, policing reforms, economic equality, and the climate crisis.