Scores of American Muslims, together with their Jewish and Muslim allies, descended on Harrisburg on Tuesday, April 17, for the Third Annual Muslim Capitol Day (MCD III) in Harrisburg, PA. Muslim Capitol Day was co-sponsored by CAIR-Pennsylvania and Emgage Pennsylvania, and two Philadelphia mosques: Masjidullah and Philadelphia Masjid. Close to 100 Muslim Americans held 35 meetings with Pennsylvania legislators and government officials.

The goals of MCD were fourfold:

MCD participants then broke into small groups of between 6-10 people to visit the offices of PA State Senators and Representatives and state officials, like the group meeting with PA Secretary of the Commonwealth, Robert Torres (below).

A group of students from New Medina Institute in Philadelphia also participated in the day’s events, shown below meeting with Bucks County representative Warren Perry. 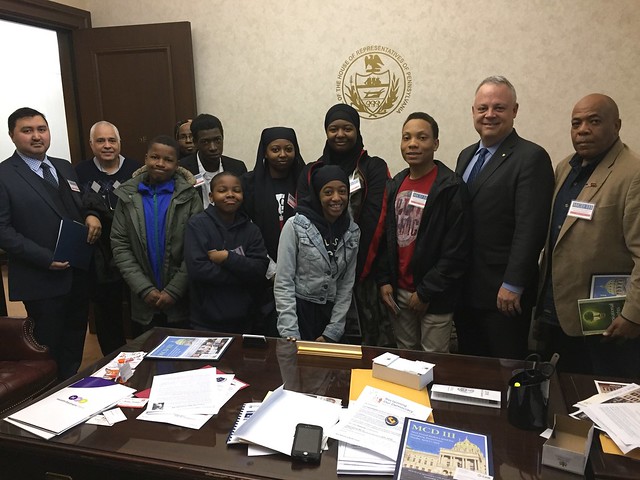 As noted above, the organizers of this year’s MCD decided to focus on one major piece of legislation, that being Senate Bill 942 / House Bill 135: Parole Eligibility for Life Sentences. The bill is sponsored by Senator Sharif Street (below, addressing MCD participants) and Representative Jason Dawkins, both American Muslims, respectively, in the PA Senate and House of Representatives. Their bill would accomplish three things:

By taking on issues such as criminal justice reform, MCD and the Muslim community in general demonstrated that their social justice concerns do not focus solely on narrowly defined “religious” issues, but on a wider vision of a society endowed with justice for all.

The highlight of Muslim Capitol Day was a rally on the Rotunda steps, during which both Muslim and non-Muslim speakers spelled out an agenda of inclusion, pluralism, and justice. At the podium (below) are Jalila Parker, Executive Director of the Governor’s Commission for African American Affairs, and Tiffany Chang Lawson, Executive Director of the Governor’s Advisory Commission on Asian Pacific American Affairs. 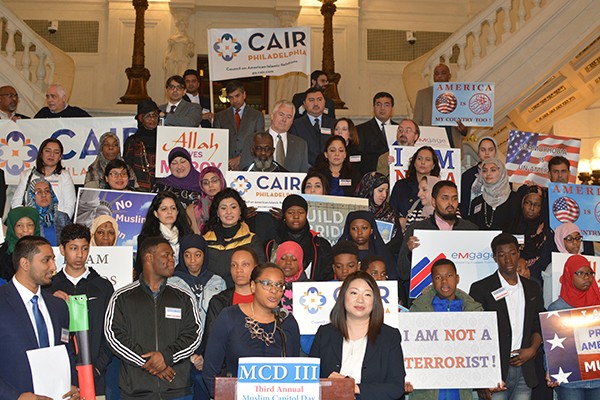 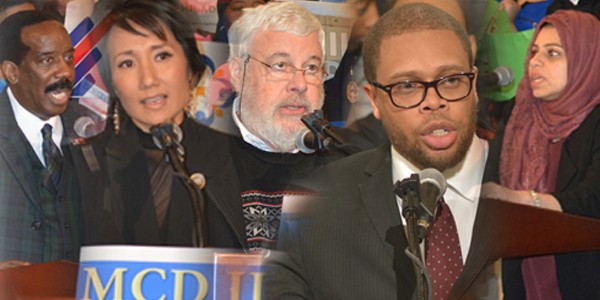