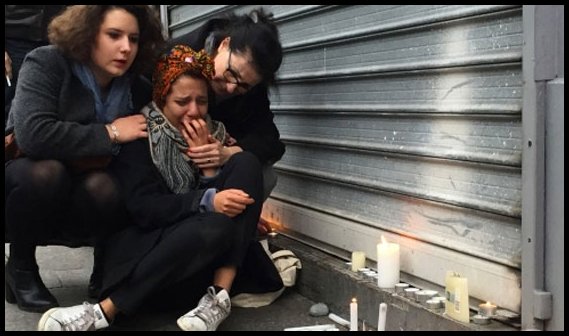 CAIR-Philadelphia is regularly sought out by the media for comments after major events concerning Muslims and Islam. So it was, that in the first horrendous hours after the attacks in Paris, as news of the massacre by ISIS began to digitally make its way around the world, CAIR staff were once again facing the often hostile media, attempting to answer the question, yet again: “Where are the Muslim denunciations of terrorism?”

That these unequivocal Muslim condemnations of mass murder are all around us, from every corner of the Muslim world, is still hidden knowledge to many in the US. This is why CAIR is so important to the American Muslim community, providing a voice of clarity amidst the profane tumult of our materially obsessed world.

Muslims Hate ISIS Most of All
by Dean Obeidallah, The Daily Beast

True, ISIS is compromised of people who claim to be Muslims. But the number one victim of this barbaric terror group is Muslims. That’s undisputed. ISIS has killed thousands of Muslims across the Middle East, including beheading Sunni Muslims in Iraq for failing to pledge loyalty to them, executing Imams for not submitting to them, and even killing an Imam in Iraq for simply denouncing them. Continue reading…

[Dean Obeidallah will be the Keynote Speaker at our 10th Anniversary Banquet on March 12, 2016]