Last Thursday, on July 5th, hundreds of protesters gathered at the Center City office of ICE, the U.S. “Immigration and Customs Enforcement” agency, to protest the Trump Administration’s cruel policy of immigrant deportations, often separating children from their parents. The press conference and rally was organized by the New Sanctuary Movement, and included speakers from over a dozen social justice organizations, including CAIR-Philadelphia. (Below, Miriam Abuawadeh, member of CAIR-Philadelphia’s Executive Committee, at the press conference.)

See photos of the press conference against ICE 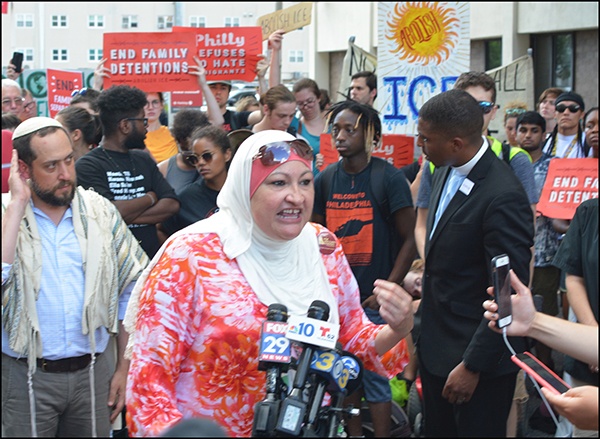 ICE was established in 2003, another misguided attempt, like the misnamed “War on Terror,” to respond to the Sept. 11th, 2001 attacks. Since its founding, ICE has been responsible for the deportation of thousands of immigrants.

For more information on ICE, see the following:

On the anniversary of Sept. 11, local Muslims contemplate what they’ve endured the last 20 years