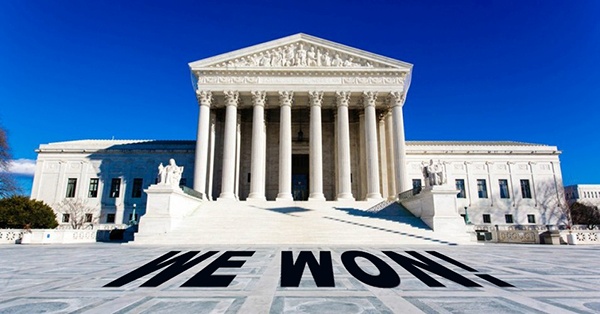 Earlier this week, a federal judge ruled that the FBI’s watchlist of “known and suspected terrorists” violates the constitutional rights of US citizens placed in the database. Judge Anthony Trenga, a United States District Judge of the Eastern District of Virginia, ruled the federal government has failed to honor constitutional rights and liberties for individuals placed on a “watchlist” without notice and opportunity for the individuals to challenge that status in his decision for the case Elhady v. Kable.

At the time of Judge Trenga’s ruling, the government maintained a watchlist of more than 1 million people identified as “known or suspected terrorists.” These watchlists — which the federal government generally disseminates among government agencies, foreign governments, and policy agencies — disproportionately target Muslims, particularly those who have names readily identifiable with Islam.

The Council on American-Islamic Relations (CAIR) brought a motion for summary judgment in the case, where 23 American Muslims learned the federal government unjustly listed them as suspected terrorists. This fallacious categorization caused significant harm to these individuals and their families, particularly as it relates to their respective careers and ability to travel.

Judge Trenga granted CAIR’s motion for summary judgment, which effectively dismissed the case, and thus ruled that the government’s failure to provide notice to watchlisted persons without notice and opportunity to challenge their status violates the Constitution. He further ruled, “The vagueness of the standard for inclusion in the TSDB, coupled with the lack of any meaningful restraint on what constitutes grounds for placement on the Watchlist, constitutes, in essence, the absence of any ascertainable standard for inclusion and exclusion, which is precisely what offends the Due Process Clause.”

This is an unequivocal victory against Islamophobia and the implications its stigma has on Muslims in America. CAIR Executive Director Nihad Awad conveyed similar sentiments in saying, “CAIR’s legal team has finally brought an end to the secretive watchlist, which is effectively a Muslim registry created in the wake of the widespread Islamophobia of the early 2000s.”

At CAIR, we understand the impact of rising Islamophobia, the unique impact it has on many of you. To that end, we have vigorously engaged in the fight to protect your rights and liberties. This ruling is one of many examples of this fight. Presently, our office is handling a number of similar matters, including a Muslim man who was experiencing the harm and discrimination from placement on a watchlist, an individual who experienced racial profiling at the hands of local police, and a woman who alleges she was wrongfully terminated due to religious discrimination.

Because of your continued generous support of CAIR, I am able to perform these services, and many others, without cost to the community. Thank you for allowing me to continue to fight for you and your brothers and sisters.