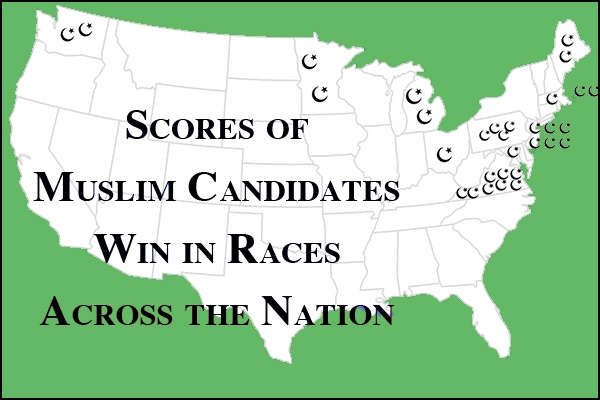 CAIR-Philadelphia celebrates the outstanding Muslim American achievement in the November 5, 2019 elections in both Pennsylvania and across the nation. We congratulate those elected to serve their communities on their historic achievement.

In Pennsylvania the following names were elected to office (photos below, left to right):

Omar Sabir ran a competitive race and won a seat as City Commissioner.

Councilmember Sheikh Siddique was re-elected to Upper Darby City Council in a race where he ran unchallenged and continues to advocate for all Upper Darby communities.

The report includes profiles of those who ran for office during 2018 and 2019, including newly-elected Pennsylvania State Representative Movita Johnson-Harrell, Virginia State Delegate Dr. Ibraheem Samirah and Montgomery (New Jersey) Township Mayor Sadaf Jaffer, among many others elected in 2019.