In an emotional press conference organized by CAIR-Philadelphia, Muslim, Jewish, and Christian religious leaders joined a spokesperson from the LGBT community and a city official to denounce the mass shooting at a gay nightclub in Orlando, FL.

Rue Landau said, “We are all reeling in pain from the tragic events that happened in Orlando … we also need people to start opening up their hearts and opening up their minds and coming together in peace, understanding, and togetherness.” 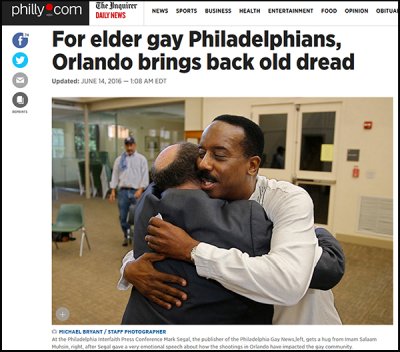 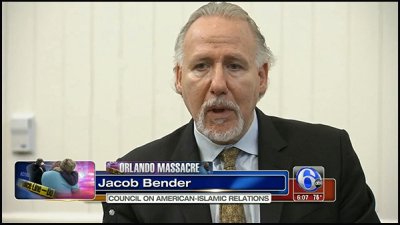 The press conference was covered by ABC, CBS, NBC, FOX, The Philadelphia Inquirer, and WHYY.

Following are some links to media coverage of our press conference:

Read a joint statement on the Orlando massacre by America’s leading Islamic scholars and Muslim community leaders at OrlandoStatement.com.

All contributions to CAIR are tax-deductible and zakah-eligible.