END_OF_DOCUMENT_TOKEN_TO_BE_REPLACED

Bensalem Masjid Case As many of you already know, CAIR-Philadelphia has filed a lawsuit against Bensalem Township for prohibiting the

END_OF_DOCUMENT_TOKEN_TO_BE_REPLACED

Nearly one week ago, three gunmen wearing suicide vests killed 44 people and wounded at least 239 in an attack on Ataturk International Airport in Istanbul. According to the latest information released by the Turkish Government, the three attackers were Russian, Uzbek, and Kyrgyz nationals, each with ties to ISIS.

END_OF_DOCUMENT_TOKEN_TO_BE_REPLACED

I saw him in person once. It was during his exile from the ring, after his championship title had been stripped from him by the white establishment that controlled the sport. But to the African American community, he was still “The Greatest,” and in summer of 1967, Muhammad Ali was the Grand Marshal of the annual parade through the Watts section of Los Angeles. My parents, fervent supporters of the civil rights movement, decided to take my brother and I to the parade as an act of solidarity with the people of Watts – whom only two years before had revolted in a spontaneous rebellion against American apartheid. As we drove through Watts, we could still see dozens of burned-out stores.

END_OF_DOCUMENT_TOKEN_TO_BE_REPLACED

This past Tuesday, April 26, Donald Trump won all five Republican primaries held on that day, and emerged as the presumptive candidate of his party for President of the United States.

The following day, basking in his victories, Trump delivered a speech at the Center for the American Interest in Washington DC that was billed as a “major foreign policy address” of the billionaire businessman turned White House candidate. To my ears, the speech seemed more posturing than policy, with few if any specific proposals as to how to approach and solve the myriad of complex and intertwined calamities confronting out country and the people of our planet.

END_OF_DOCUMENT_TOKEN_TO_BE_REPLACED 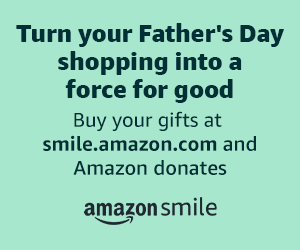