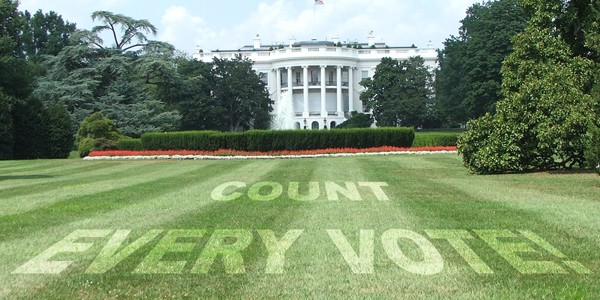 “No one can stand up against the authority of truth, and the evil of falsehood is to be fought with enlightening speculation.”
― Ibn Khaldun, “The Muqaddimah: An Introduction to History”

What better description of the times we live in than these words, penned six centuries ago by Ibn Khaldun, the towering genius of the medieval Arab world, indeed of any age. In the end, Ibn Khaldun is telling us, the tyrant will always fall, and the truth will always prevail.

Yet, as I summon Ibn Khaldun’s legacy this morning in the cause of truth, I also plead guilty to failing to understand the popularity of the current occupant of the Oval Office, someone who spread lies about Muslims, about Mexicans, about migrants; who befriended dictators and tyrants around the world; who refused to condemn white supremacy, but endorsed the anti-Semitic and conspiratorial fringes of the internet; who skirted with mob violence and was caught on tape bragging about physically abusing women; and who turned his back on science while floods and fires and a deadly virus ravaged the nation.

It was a long, long night. I am sure I was not the only one who was awake well past midnight watching the returns on Tuesday night. Once again, the “science” of polling proved illusionary as the prognosticators who had forecast a Biden landslide were operating from the same “Playbook of Wishful Thinking” as those who had forecast a Hillary Clinton victory in 2016.

Let us be hopeful, however, for the political process is not over, and if SCOTUS allows the vote counting here in Pennsylvania to continue, the voices of the people will be heard. Let us also not just consider that outcome as a cause for celebration a victory, but rather an escape, a Dunkirk on a national scale.

IF there is a new administration in place next year, we will hear many declarations from across the establishment commentariat celebrating the triumph of democracy over the authoritarianism of the current regime. It will be the progressive’s responsibility to respectfully argue otherwise; that white supremacy and systemic racism have stained this nation from well before its birth, often emanating directly from the White House itself: a mansion built by slave labor; where President James Polk sold slaves; where President Woodrow Wilson celebrated the KKK and wrote that African Americans are “an ignorant and inferior race”; where President Richard Nixon devised his racist “Southern Strategy”; where President George H. Bush ran for President against Willey Horton; and where President Bill Clinton (and VP Joe Biden) oversaw the expansion of the racist criminal justice system and the incarceration of tens of thousands of young Black men.

If there was a silver-lining to this election, it was that the forceful response of Black Lives Matter to the police murders of George Floyd, Breonna Taylor, Eric Garner, Michael Brown, Walter Wallace, Jr., and many more, inserted the issue of police brutality directly into the presidential campaign. These past months have been filled with many discussions, some real, most virtual, in which I heard more than a few white people say that they could finally understand the periodic eruptions of Black outrage.

American Muslim voters had an undeniable increased presence in this election, and in our region, CAIR-Philadelphia was central to these efforts. We worked to further empower an internally diverse Muslim American community throughout the 2020 election cycle. We were able to mobilize, train, and invest in our communities while building bridges with coalitions across the state. We made over 70,000 calls; sent around 90,000 texts and conducted multiple trainings. And we are proud of our 49 volunteers who showed up to help our work. With your support and commitment, we will continue to invest in the future of our Pennsylvania and Delaware communities.

And it will be CAIR-Philadelphia’s responsibility—in the months and years ahead—to protect the civil liberties of American Muslims, educate our fellow Americans about our Islamic faith, and join interfaith coalitions that seek to make this country live up to the words of our founding documents, that “all men are created equal.”