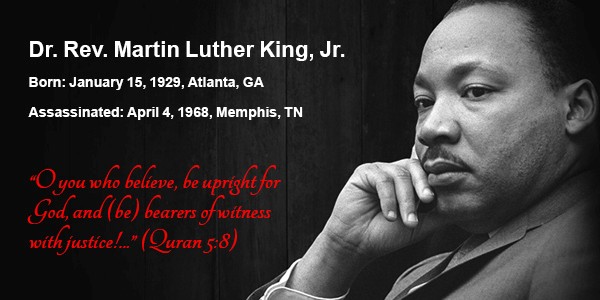 I was born in Memphis, and reared in the Atlanta area. Thus, I was born in the city where Rev. Dr. Martin Luther, King, Jr. was assassinated, and came of age in the city that made Dr. King the man he was. For most of my life, I found myself fascinated by the man who would become an icon for justice. As a child, I often watched his speeches in awe, as a teenager, I dutifully read biographies of him, as a college student, I walked the same halls he once did as I pursued my undergraduate education at Dr. King’s beloved alma mater—Morehouse College. His legacy is part of the reason I became a Civil Rights Attorney. Rev. Dr. Martin Luther King, Jr. is one of my foremost influences, particularly as it relates to my desire to pursue the cause of justice.

Today many across the nation will express their fondness for Dr. King. It has become our tradition. On the third Monday of January, the United States pauses to observe Martin Luther King, Jr. Day, a federal holiday commemorating the life and legacy of slain Civil Rights icon of whom the holiday is named. In many ways, America uses the King holiday to celebrate its perceived progress toward forging a “more perfect union,” one free from the scourge of racial animus and discriminatory government policy, one that has stepped out of the shadow cast by the cruel machinations of slavery and its pernicious progeny, Jim Crow.

Indeed, the day’s activities nationwide are often replete with pageantry extolling the virtue of unity and diversity. Many of these events will ignore the quagmire of America’s racial caste system, or the structural imbalances of our society that disenfranchise the poor, both of which Dr. King derided. We do this in part because we want to believe Dr. King’s America is an ancient one. It is not.

Dr. King lived in a time in our nation’s history that witnessed brazen racial discrimination, stark racial disparities in the criminal justice system, startling instances of police brutality, a widening gap between the wealthy and the poor, our nation waging an unjust war, etc. America has not fully rid itself of these vices even at a time where it celebrates a man who eschewed them. This morning, Senators Rubio and Cruz quoted Dr. King in messages celebrating his impact in our society, yet both oppose a living wage for America’s workers, a cause for which Dr. King ultimately gave his life. On Friday, President Trump hosted an event in honor of Dr. King; however, President Trump’s rhetoric and policy proposals have been routinely celebrated by white supremacists. As I have written here before, the number of anti-Muslim hate groups in the U.S. has nearly tripled, and the number of hate crimes targeting Muslims has nearly doubled within the two years coinciding with President Trump’s presidential campaign and subsequent presidential administration (The Southern Policy Law Center estimates there are 917 active hate groups in the United States). Beyond that, we still have an epidemic of police brutality, the gap between the wealthy and the poor has grown, segregation in schools mirror racial segregation on the 1950s and 60s. Dr. King would shudder to see an America that so readily resembles the one he left so suddenly fifty years ago.

Because the aforementioned problems persist, CAIR continues to pursue the cause of justice. Your generous donations and continued support allow for us to combat police brutality and overreach, to stomp out religious discrimination, to fight against xenophobic immigration policies, and the like. We continue this fight, because we understand the urgency of our time. It is our goal to compel the United States to acknowledge its shameful past and present reality for what it is. Upon doing so, we may then work towards bending its narrative arc above the color line and “rise up and live out the true meaning of its creed: ‘We hold these truths to be self-evident: that all men are created equal.’” There is no other way.