For American Jews of my generation, the June 1967 Arab-Israeli War was a seminal event. In the official narrative propagandized by the mainstream Jewish community, the beleaguered Jewish State, surrounded by millions of fanatical Arabs bent on “pushing the Jews into the sea,” beat back a surprise attack by the combined armies of Egypt, Jordan, and Syria only to emerge victorious. The Sinai, the West Bank, East Jerusalem, and the Golan Heights were conquered by the Israeli Army. That such a seemingly miraculous victory was even possible confirmed, in Jewish eyes, the righteousness of the entire Zionist endeavor.

It would take many years to learn that this official Jewish narrative was built upon a foundation of lies and injustice.

Beginning at age 18, I travelled to Israel every summer, falling under the spell of history and identity; working in the banana fields of a kibbutz, a collectively-owned farm (“So this is socialism!”); being moved to tears by photos of Holocaust victims at the Yad Vashem Memorial; taking in the sacred sights of the three Abrahamic religions in the Old City of Jerusalem; hiking through the Negev sand dunes (where Jewish agriculture had made “the desert bloom”); and feeling pride in Tel Aviv, “The City Built by Jews.”

Slowly, however, questions of conscience began to surface within me. The oft-repeated mantra that I heard ad infinitum from both Israelis and visiting Jews —“everyone is Jewish here”— was so obviously false that it led to my asking other questions as well: Why did hundreds and thousands of Palestinian Arabs leave their homes in the years 1948 and 1949? When an Israeli-Arab armistice agreement was signed in 1949, why did these Arab refugees not return to their homes? Can a self-professed “Jewish State” exist as a democracy and not discriminate against its non-Jewish citizens, reducing them to perpetual second-class status.

Excavating the answers to these questions throughout the 1970s and 1980s left me feeling extremely confused about my relationship to Israel. That confusion, however, was laid to rest in the Winter of 1987-88, when I found myself living in Jerusalem for a few months during the outbreak of the First Intifada. Even the mainstream Israeli press understood immediately what they were witnessing: an uprising by all sectors of Palestinian society against the continuing Israeli occupation of Palestinian lands, an occupation based upon the systematic violation of another people’s human and civil rights: the destruction of thousands of Arab homes to make way for the West Bank archipelago of dozens of illegal “Jews Only” settlements connected to each other by a network of “Jews Only” roads; a network of draconian checkpoints spread across the occupied territories; and the Kafkaesque imprisonment of thousands of Palestinian children and political prisoners, all jailed without charges.

The First Intifada lead to the Madrid Peace Conference, the Oslo Accords, and the rise and fall of the so-called “Two-State Solution”, followed in turn by Arik Sharon’s provocation on the Haram al-Sharif which jump-started the Second Intifada, the rise of Hamas, and the Israeli-Hezbollah and Israeli-Gaza wars. Hopelessness now envelopes both my friends who are Israeli peace activists, and my Palestinian friends who are fighting against the Occupation. The perfect symbol of this moment of despair (although not constructed as such), is the Israeli “Security Barrier” (“Apartheid Wall” being a more accurate name), as its weaves its way through the West Bank, separating Palestinian farmers from their farmland, an ugly metaphor of the-all-encompassing Occupation and the destruction it has brought to the Palestinian people and their century-long struggle for national independence.

The “Two-State Solution” is dead, gone the way of the Neanderthal and the dinosaurs; others would argue it was murdered by Israel’s decision to install over half-a-million Jewish settlers in the Occupied Territories. Trump’s recognition (endorsement really) of Israel’s racist policy of Judaization of Jerusalem, although infuriating, is hardly a surprise, given the numerous areas of national life in which the President has attempted to overturn more than a half-century of progressive legislation and the expansion of civil rights for women, minorities, and disadvantaged communities.

I have no way of knowing what the future will bring to the continuing tragedy of the Israeli-Palestinian Conflict (although I doubt very much that Mr. Kushner will triumph where so many others have so miserably failed). What is abundantly clear is the wrongness of Trump’s unilateral decision to recognize Jerusalem as Israel’s capital and relocate the US embassy to the Sacred City. Trump’s actions alter previous decades of U.S. policy on the status of Jerusalem, a move that will certainly harm America’s role in the Mideast peace process. Jerusalem is a city that was under almost continuous Muslim rule for 1,285 years, a city of profound significance of Muslims, Christians, and Jews, and the heart of Palestinian national aspirations. To ignore these facts will make any peace plan dead on arrival. 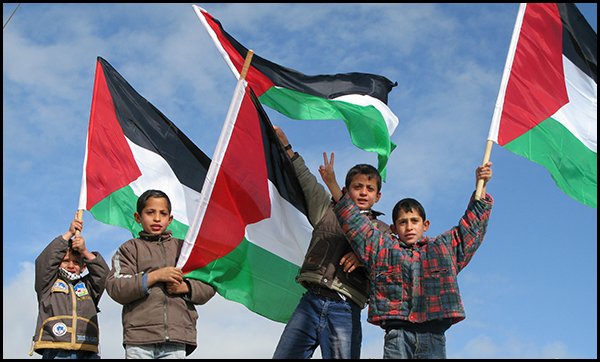 But as with so many other issues, this president is deathly allergic to the facts and immune to logical debate. No matter; our job, our responsibility, our obligation is to keep the banner of justice flying high in these trying times. As Dr. King reminded us, “The arc of the moral universe is long, but it bends toward justice.”