The Supreme Court of the United States finally announced its ruling in the long-awaited decision in the case of “Trump v Hawaii,” better known as the “Muslim Travel Ban” case. By a narrow vote of 5-4, the Court in essence supported the bigoted efforts of the Trump administration to view Muslims as a separate class of persons before the law, thus turning back the clock of history to other such nefarious Supreme Court decisions as the Fugitive Slave Law (1850), the Dred Scott case (1857), the Chinese Exclusion Act (1882), and the internment of Japanese-Americans during World War II. CAIR and its many supporters believe the Supreme Court decision in “Trump v Hawaii” is both legally and ethically wrong.

Immediately after the court’s announcement upholding the travel ban, the CAIR-Philadelphia office went into overdrive to organize an interfaith press conference to condemn the decision. 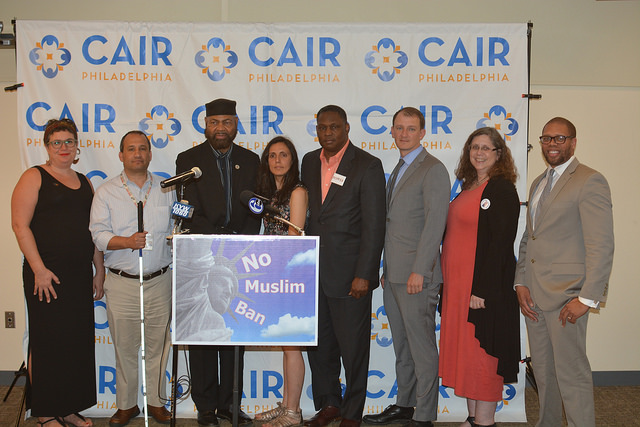 Supreme Court Ruling: What You Need to Know

ACTION ITEM: This Saturday, June 30th, join with thousands of your neighbors to protest the Trump administration’s racist and reactionary policies at the End Family Detention rally.