This is the end of my first month as Executive Director of CAIR-Philadelphia. It has been quite a whirlwind of activity.

Since the  press release announcing my appointment was sent out on October 15, there have been over 7,000 Internet postings about the story, the great majority of them positive. Articles about CAIR-Philadelphia appeared online at Phillymag.com, Philly.com, The Washington Post, The Jewish Exponent of Philadelphia, Ha’aretz, and at hundreds of other Internet sites. I was also interviewed on Aljazeera, did a 30-minute interview on WEAA (the NPR station in Baltimore), with additional interviews in The Washington Times and The New York Jewish Week. Finally, this past week, The New Yorker Magazine, one of the most prominent literary and cultural publications in the nation, published a letter I wrote responding to one of their articles about the Palestinian Nakhba of 1948.

I have also been familiarizing myself this past month with Philadelphia’s rich cultural and community life, and talking about CAIR wherever I went. Following are some of the exciting events I attended:

On October 8, I attended the Annual Awards Ceremony of Witness to Innocence, a Philadelphia-based organization dedicated to empowering exonerated death row survivors to be the most powerful and effective voice in the struggle to end the death penalty in the United States. Awards were given to actor Danny Glover and to Sister Helen Prejean, renowned activist and author, and who was portrayed by Susan Sarandon in the film “Dead Men Walking.” The event included inspiring and heartbreaking speeches by several former death row inmates, many of whom spent decades in prison on coerced confessions, only to be later freed with the help of DNA evidence. The evening was a stirring reminder that for people of color and minority religious and ethnic communities, justice in American is not a guarantee, it is only a promise redeemed by political organizing and action. 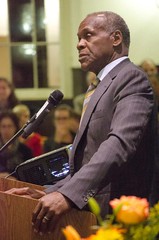 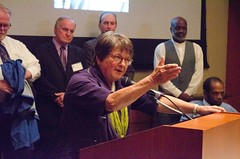 After this event, I recalled that Musa ibn Maymun, the great Jewish philosopher and court physician to Salah-al-Din (and the subject, together with Ibn Rushd, of my film Out of Cordoba), was quoted in the famous 1966 Miranda decision of the United States Supreme Court. In this case, the Court decreed that upon arrest, all suspects must be read their rights by the arresting officer. In the decision, Chief Justice Earl Warren quoted Ibn Maymun (who wrote in his native Arabic and was deeply influenced by Sharia concepts of justice and Islamic jurisprudence) that “no man may be convicted of a crime based solely on his own confession.”

I attended a steering committee meeting, at Al-Aqsa Islamic Society, of the Philadelphia Interfaith Walk for Peace and Reconciliation. This is a multifaith organization that yearly brings hundreds of people into the springtime streets of Philadelphia, walking between different houses of worship to bear witness to the desire of people of all faiths for peace and an end to domestic, sectarian and state-sponsored violence. CAIR and the Philadelphia Muslim community have participated in this great event in the past, and insh-Allah (God-willing), will continue to do so this coming spring. 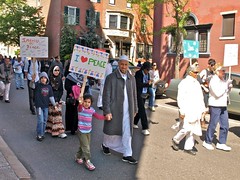 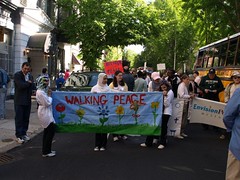 I attended a performance of “Parade” at the Arden Theatre in Old Town, Philadelphia, a musical about the notorious Leo Frank case. In 1913, Frank, a Jewish factory manager in Atlanta, Georgia, was accused of murdering a young Christian girl in his employment. With shockingly public manifestations of anti-Semitism, the whole town turned against him, leaving his wife Lucille as his only defender. Frank was found guilty on tainted evidence and condemned to death. When the Governor commuted his sentence to life in prison, the Klu Klux Klan broke into the jail where Frank was being kept, and lynched him from a nearby tree. The powerful performance was a chilling reminder that many minority groups in American history (Blacks, Jews, Catholics, Latinos, etc.) experienced the same kind of racism and prejudice that American Muslims are facing today.

Finally, I attended a gala banquet and program of The Shalom Center at Mishkan Shalom Synagogue celebrating the 80th birthdays of two seminal social justice activists, Rabbi Arthur Waskow, the Center’s Director, and Gloria Steinem, one of the founders of the modern Women’s Movement in the United States. Rabbi Arthur has for decades been at the forefront of social justice, peace, and ecological movements in the US, bringing a unique religious voice into the public sphere. He is also a long-time friend of CAIR, appearing in a video produced by CAIR National, speaking at CAIR-Philadelphia events against the “anti-Sharia” laws, publicly condemning Islamophobia wherever it appears, and urging the Jewish community to recognize the moral and religious legitimacy of the Palestinian liberation movement. Many people at the event, upon learning of my appointment to CAIR-Philadelphia, voiced their high regard for our organization, and their desire to work together with CAIR on mutually beneficial projects. 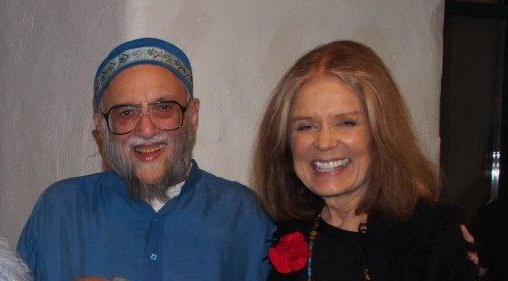 And then, amidst all this activity and excitement, news reached us in the CAIR-Philly office last Friday morning that vandals had attacked the Islamic Society of Delaware the night before, leaving thousands of dollars of damage in their wake, and I remembered why I had applied to work at CAIR in the first place. I believe it is not the sole responsibility of American Muslims to respond to, and defend themselves, against attacks, verbal and physical, flowing from the hate-spewing Islamophobic network, but the responsibility of all those who believe in the American values of pluralism, acceptance, and democracy. As an American Jew abundantly aware of the persecution experienced by my ancestors in Christian Europe, I am saddened that the Muslim community now faces the forces of prejudice in this, “the land of the free.” I am proud to work for CAIR, an organization that follows in a long line of civil rights, immigrant, community, and women’s organizations that have fought to expand the meaning of what liberty means in America, and to make good on the promises enshrined in the Constitution and The Bill of Rights.

I have been overwhelmed by the reception that I have received from CAIR and the Muslim community in and around Philadelphia. I look forward to meeting many of you in the weeks and months ahead, (especially at our Annual Banquet on Saturday, March 15, 2014) as we strive to fulfill CAIR’s mission: enhance understanding of Islam, encourage dialogue, protect civil liberties, empower American Muslims, and build coalitions that promote justice and mutual understanding.