I was very excited that Imam Zaid Shakir, Co-Director of Zaytuna College in Berkeley, CA, and the keynote speaker at our Annual Banquet on March 15, devoted the first few minutes of his inspirational talk to the subject of climate change. For those new to the discussion of faith-based responses to this issue, the subject of climate might seem like an odd choice for a banquet presentation, and perhaps a not especially Islamic question.

It was the opinion of Imam Zaid, as well as other contemporary Muslim scholars I have read in the last few years, that far from being irrelevant, climate change is the single greatest challenge facing humankind, and a profoundly Islamic issue for the following reasons. (To read an article on Islam and climate change, click here).

First, numerous Muslim scholars have made the case that the Quran and Hadith see humans as temporary caretakers of God’s creations.

We are not the world’s masters; we are its guardians.

Today, the international scientific consensus is that the planet is facing an unprecedented challenge due to climate change caused by human activity, namely, the over-reliance on fossil fuel as the world’s primary energy source, and the unsustainable and wasteful economies that follow from the industrial world’s energy policies.

“…and do not spend wastefully. Indeed, the wasteful are brothers of the devils…” (17:26)

Only two days ago, the United Nation’s Intergovernmental Panel on Climate Change, released a report that stated that, in the words of a New York Times article, “Climate change is already having sweeping effects on every continent and throughout the world’s oceans … and the problem is likely to grow substantially worse unless greenhouse emissions are brought under control.” As the chairperson of the UN panel said, “No person on this planet is going to be untouched by the impact of climate change.” (To read The New York Times article, click here. To read a UN press release on their report, click here. For the full report, click here.)

As the oceans rise due to global warming and the melting of the polar ice caps, coastal communities will be threatened like never before. This brings us to second reason Imam Zaid argued that climate change is an Islamic issue. Hundreds of millions of Muslims live in low-lying areas in the nations of Indonesia, Malaysia, Sri Lanka, Bangladesh, India, Pakistan, and the Arab Gulf, and it is these Muslims who, in the decades ahead, will likely face a crisis of apocalyptical proportions. (To read a New York Times article on the disappearing land in Bangladesh, click here.) 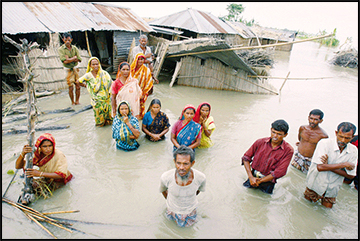 Climate change is not just an issue facing hundreds of millions of Muslims throughout Asia and the Middle East, but here in Philadelphia as well. As oil deposits relatively close to the surface have been gradually depleted by excessive drilling, the large oil companies, looking for new deposits, and new profits, have been extracting oil from deep underground by a process known as “fracking.” Because of the fracking process which involves numerous dangerous chemicals, this oil is more highly combustible. And it is this highly combustible fracked oil which is daily being shipped from North Dakota, then through heavily populated Philadelphia neighborhoods, to the oil refineries near the airport. In point of fact, one of these trains has already derailed while on a bridge crossing the Schuylkill River. The Department of Transportation, by their own admission, admit that these tanker cars are unfit to transport this highly explosive fuel through populated area. 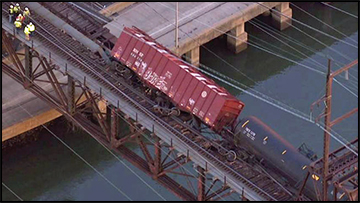 The Philadelphia Chapter of PA Interfaith Power and Light (an interfaith environmental group with whom CAIR has partnered with before) is holding a march next Thursday, April 10, in front of the main offices of Philadelphia Energy Solutions, to protest the shipment of this dangerous fuel through our city. CAIR urges our supports to attend this event, in addition to becoming knowledgeable about the issue of climate change. To read a flyer about this event, click here.