I spent Monday glued to the BBC, Reuters, Aljazeera, and Haaretz broadcasts from Gaza. By Tuesday morning we knew that 58 Palestinian demonstrators had been killed by Israeli troops, while a staggering 2,700 had been wounded, including one infant who died from tear gas inhalation. Many had wounds to their heads leaving them paralyzed for the remainder of their days.

The demonstration was the culmination of a six-week Palestinian campaign to protest Trump’s unilateral and precipitous relocation of the US Embassy from Tel Aviv to Jerusalem. It also marked the 70th Anniversary of the Nakba, the expulsion of hundreds of thousands of Arabs from their homes by Israel during the 1948-49 Arab-Israeli war.

As many of you know, CAIR is a charitable organization focusing largely on the domestic issues facing American Muslims: employment discrimination, school bullying, immigration problems, government harassment, as well as responding to widespread distortions of Islam by media personalities and politicians. We estimate that only 5% of our time is devoted to foreign affairs, including Palestine and the greater Middle East. Our reasoning is that there are other organizations whose focus is to advance the Palestinian struggle for independence, and we do not want to be duplicating their efforts. (I have provided a list of Palestine solidarity organizations at the end of this article.)

There are times, however, when the magnitude of unfolding events demands our attention, when we feel compelled to speak out, indeed, to scream at the wanton carnage we are witnessing on the screens before us. Most of the world recoils in horror. Here in the US, however, Israel’s massacre is met with either silence, or worse, open support for Israel in driving back what they deem to be barbaric Arab hordes bent upon visiting another Holocaust upon the innocent Jews and their “Jewish State.” Shockingly, many Israelis and their supporters in the US are almost euphoric at the number of Arab dead.

It will be 50 years ago this summer that that I made my first trip to Israel as a naïve Jewish student, soaking in the sun, the sights, and the mythology about “a people without a land for a land without people.” How the Jews had made the desert bloom, and how 200 million Jew-hating Arabs were bent upon “driving the Jews into the sea.” But due to my parents’ support of the Civil Rights Movement, and my own student activism against the American War in Vietnam, I was a poor recruit to the Zionist cause. Indeed, the more time I spent in Israel, the more it appeared to me to resemble 1964 Mississippi, and the more critical I became of the policies of “Jewish State” towards the Palestinians: the legalized confiscation of acres of Palestinian land inside Israel to insure “a Jewish majority”; the military government that ruled over Palestinian citizens of Israel until 1966, thus insuring their status as second-class citizens in their own land; the ever-mushrooming Israeli settlements (for Jews only) across the Arab territories conquered by Israel in June of 1967; the Judaization of Jerusalem.

But it was my discovery of the Nakba — the forced expulsion of 700,000 Palestinians from their homes and homeland, and the destruction of over 400 Arab villages in 1948 and ’49 by the armed forces of the nascent state of Israel — that not only broke my heart, but severed my last remaining connection to the mainstream of the American Jewish community.

Back in the 1970s and ’80s, a small group of American Jews, myself included, argued for the so-called “Two-State Solution” and an end to Jewish settlements in the Occupied Territories. We were called “traitors” and “self-hating Jews” and some who worked for Jewish organizations lost their jobs because they spoke out against Israeli human rights abuse.

Decades later, new groups of young Jewish activists in groups like “Jewish Voice for Peace” and “IfNotNow” have arisen across the country to challenge the pro-Zionist Jewish mainstream by openly supporting Palestinian liberation, not because they are also “self-hating Jews,” but because they are Jews who understand that their tradition obligates them to oppose injustice, especially when that injustice is being perpetrated by those within your own community, an obligation found as well in The Qur’an: “You who believe! be upholders of justice, bearing witness for Allah alone, even against yourselves or your parents and relatives.” (Surat an-Nisa’, 135)

And so there we were, Muslims, Jews, and Christians, believers and non-believers, CAIR among them, marching through Center City Philadelphia on Monday night, united in our condemnation of the Israeli massacre that very morning, united in our opposition to the Trump regime’s relocation of the US Embassy to Jerusalem, unified in our commitment to struggle together against all forms of racism and bigotry, both at home and abroad.

The dead are being buried in Gaza today, but their dream of freedom lives on.

“We are captives, even if our wheat grows over the fences / and swallows rise from our broken chains. / We are captives of what we love, what we desire, and what we are.” — Mahmoud Darwish

Listen to Jacob Bender’s interview on Mark & Denise in the Mornings (WWDB-AM) discussing the protests in Gaza against the new American Embassy in Jerusalem. 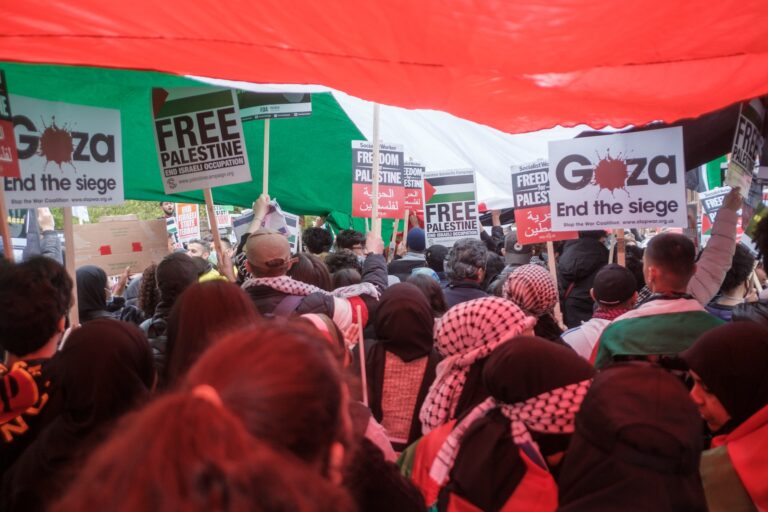 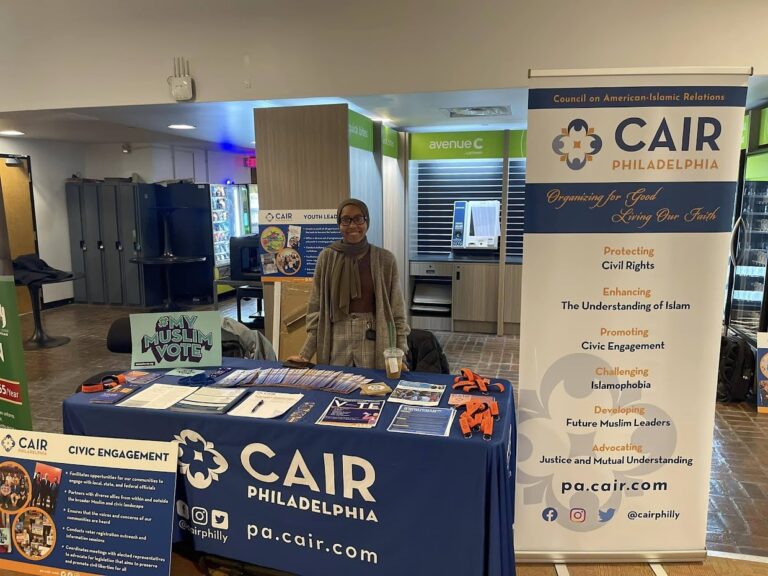