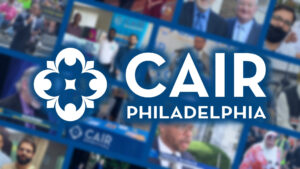 This is the end of my first month as Executive Director of CAIR-Philadelphia. It has been quite a whirlwind of activity. Since the  press release announcing my appointment was sent out on October 15, there have been over 7,000 Internet postings about the story, the great majority of them positive. Articles about CAIR-Philadelphia appeared online at Phillymag.com, Philly.com, The Washington Post, The Jewish Exponent of Philadelphia, Ha’aretz, and at hundreds of other Internet sites. I was also interviewed on Aljazeera, did a 30-minute interview on WEAA (the NPR station in Baltimore), with additional interviews in The Washington Times and The New York Jewish Week.
Read More