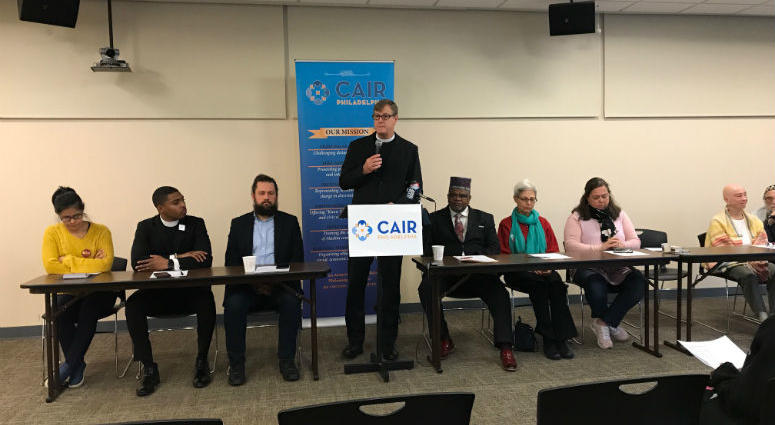 An interfaith group of religious leaders came together for a press conference Tuesday to denounce the mass shooting inside a Pittsburgh synagogue and President Donald Trump’s latest attack on undocumented immigrants.

They said a prayer of mourning, at Friends Center in Center City, for the 11 men and women who were gunned down inside the Tree of Life Synagogue in Pittsburgh on Saturday, calling out each of their names. The leaders represented area mosques, churches, and synagogues who called the massacre the direct result of a larger scheme of hate that began more than two years ago.