(Philadelphia PA, Oct. 12, 2018) As Jacob Bender, CAIR-Philadelphia Executive Director, emphasized in his recent “Director’s Desk” article “On Losing a Battle,” despite the waves of sad and angering events in our country, we are keeping our spirits up by channeling our energies to serve and empower the American Muslim community in these difficult times. (Below, Dr. Ahmet Selim Tekelioglu, CAIR-Philadelphia Outreach and Education Director, leading a “You’re your Rights” workshop at the Upper Darby Mosque/Masjid Al-Madina.) 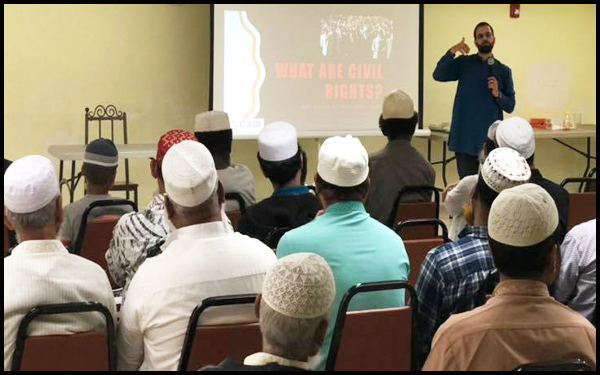 Following is just a portion of CAIR-Philadelphia’s activities in the last month alone. Our Staff, Executive Committee, and Advisory Board members have engaged elected officials, presented workshops to both Muslim and non-Muslim audiences of all ages, and developed programs for interfaith events. As always, we are grateful for your support for our programs, for it is your dollars, prayers and support that enable us to serve our communities.

September 22: Timothy partnered with Christian Legal Services and Restoration Church to sponsor an expungement clinic for Philadelphia residents, particularly those in Northeast Philadelphia. 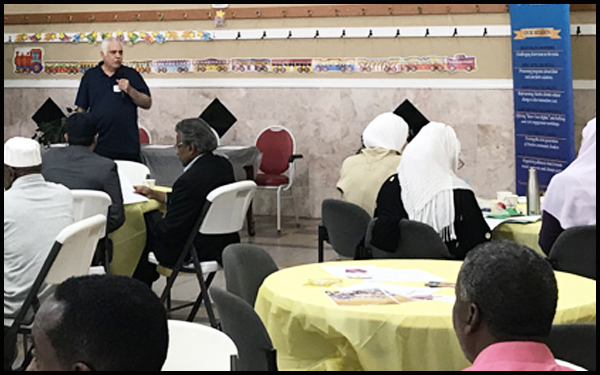 September 27: Ahmet participated in the “We Are One” Interfaith Voter Engagement and Networking Dinner in Norristown.

October 6: Ahmet participated in voter registration and training with PACRI in Mechanicsburg (below). 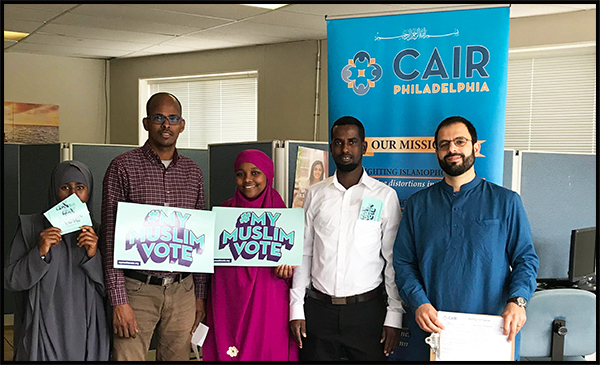 September 26: Ahmet was MC on a panel discussion of “Young Muslim Americans,” hosted by the Historical Society of Pennsylvania.

October 6: Timothy participated in a “Know Your Rights” seminar (below), hosted by Epiphany Fellowship in Philadelphia.