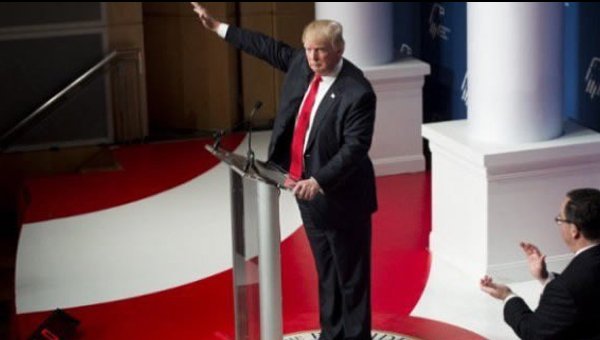 This past Tuesday, April 26, Donald Trump won all five Republican primaries held on that day, and emerged as the presumptive candidate of his party for President of the United States.

The following day, basking in his victories, Trump delivered a speech at the Center for the American Interest in Washington DC that was billed as a “major foreign policy address” of the billionaire businessman turned White House candidate. To my ears, the speech seemed more posturing than policy, with few if any specific proposals as to how to approach and solve the myriad of complex and intertwined calamities confronting out country and the people of our planet. However, what I found of particular interest in Trump’s speech was his repeated use of the phrase “America First.” Only someone totally ignorant of the history of the United States—or totally committed to a racist, xenophobic vision of what our country should be—would have included the following sentence in his speech: “America First will be the major and overriding theme of my administration.” Trump, of course, manifests both ignorance and racism in abundance.

Indeed, Trump’s use of the phrase “America First,” whether consciously or un-knowingly, draws us back to a previous decade of American bigotry when another American religious minority, just like today’s American Muslims, were being targeted as a danger to our country, with their faith being declared essentially “un-American.”

That community was, of course, American Jews, and the racist organization attacking their community and their faith was called the American First Committee.

The time was the late-1930s. Hitler’s Nazi Party was the sole master of Germany, and had instituted a series of anti-Semitic laws that had forced Jews from their professions, confiscated their property, and interned thousands in concentration camps. Committed to the conquest of Europe, Germany had already annexed Austria and occupied Czechoslovakia. War seemed the only way to stop Nazi expansionism.

In the United States, the American First Committee, openly sympathetic to Hitler, railed against Jews and Judaism with such slogans as “traitors” and “Judeo-communism.” The American Firsters chief spokesman was aviator Charles Lindbergh, a frequent visitor to Nazi Germany, and the recipient of a swastika-adorned medal from Nazi leader Hermann Goring. Lindbergh’s prolific speeches included such lines as: “Leaders of the Jewish race are not American in interests and viewpoints,” and constant references to American Jews as “other people.” 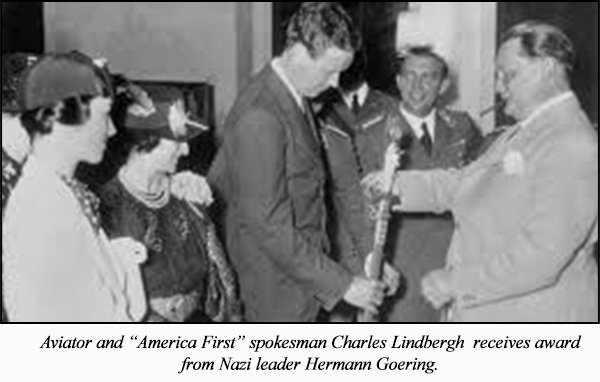 The similarity between Lindbergh’s anti-Jewish bigotry and the open Islamophobia of Donald Trump and Ted Cruz is plain for all to see. Add the numerous anti-Muslim statements and proposals of Trump and Cruz, and Trump’s appropriation of the phrase “America First”—with all its historical baggage—and the necessity of Muslim civic engagement to oppose the Islamophobic onslaught could not be more urgent.

Indeed, this is also the purpose of CAIR: to rally the American Muslim community in its own defense; to enhance the knowledge of Islam among our fellow Americans; and to form alliances and coalitions with other faith communities opposed to bigotry and dedicated to an America of justice, equality, and pluralism.

[For readers interested in Charles Lindbergh and the America First movement, I recommend the historical novel “The Plot Against America,” by the great American Jewish author Philip Roth. The book is about an “alternative” history of the United States in which Lindbergh is elected President of the US in 1940, running against Franklin D. Roosevelt, and sets up internment camps for American Jews. In the current anti-Muslim climate, the book makes for chilling reading.]

(NOTE: CAIR-Philadelphia is a registered nonprofit 501-c-3 organization, and does not, as a matter of policy, endorse candidates for public office. The above article is meant as an educational contribution of issues of great concern to the American Muslim community.)