In the early hours: Actions that explain without a word

Come Sunday, when most people would stir out of their beds late mid-morning, a group of Muslim early risers in Pittsburgh begin their Sunday routine.

A sister has risen, preparing 30 food packets – a sandwich, fruit and water bottle. Soon, cell phones begin to ring. It’s 10:00 a.m. – the group is already on their way, the brothers in one car, and the sisters in another. At 10:30 a.m. they converge in a Giant Eagle Parking lot. Bright eyed, they greet one another with “Assalamu Alaikum”.

On most Sundays they are a group of six to seven or even more – brothers full of enthusiasm, and sisters, with smiles, some in hijab, and some without. They stand in a little circle, and say a little prayer to God, reminding themselves that they are doing this for the sake of God alone. Energized by the prayer, they pick up the bags of food, and march towards the overpass bridge.

A big group of homeless people, are huddled under the shade of the bridge, away from the prying eyes of the world; some asleep, some already awake, and some in anticipation. One of them calls out “Assalam Alaikum” with a friendly familiar smile. The brothers and sisters wish them back, walk over to them, hand them the packets, and hang around asking how they were.

Once all of the packets have been distributed, they humbly trod back to the parking lot in deep contemplation.They form the little circle again, and raise their hands in prayer, asking God to give them the strength to do what they have to do, and share God’s bounty with all of His creations.

Who are these brothers and sisters? They belong to the Muslim community of Pittsburgh and represent a wide spectrum of age, ethnicity, profession and community. Sisters who prepare the food are housewives, working professionals or students. And the brothers and sisters who go to the site are students, or professionals or even stay-at-home young moms. But one common thing that binds them is the desire to wake up each Sunday morning and think of the homeless first.

The work of this group may be a drop in the ocean, but it’s a practical beginning, started only 9 months ago. It opened our eyes to the reality around us. Most of us live complaining about things we do not have. One visit to the homeless site would puts things in perspective.

The purpose behind this work is not to convert them to Islam, but to help Allah’s creations, even if it be in the form of one sandwich to one person in the entire week. Being an American Muslim is not just about planting the American flag on our front door, but it’s about being in solidarity with the rest of humanity around us.

With so much stereotyping of Muslims, most Muslims cry hoarse explaining, writing letters to the editor, publishing books debunking Islamophobes, and presenting research findings, in the hope that the stereotyping will stop. But let us stop for a moment. To be an American Muslim in true spirit, we have to prove with actions, not just mere words. When Muslims in hijab are out on the street on a Sunday morning, seen talking to the homeless and inquiring about their needs, they are demonstrating the truth about Islam with their actions.

This project took seed in a masjid gathering where I met Sister Rasheeda from Atlanta who was doing a similar activity in Atlanta. Alhamdulillah, inspired by her encouragement, we have delivered food to the homeless Sunday after Sunday since Oct 2011. Food is prepared in rotation, so that no one is burdened with the task. If you’d like to volunteer, write to: cair.pittsburgh@gmail.com. 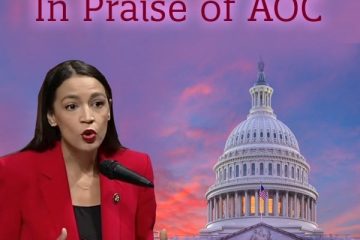 In Praise of AOC

In Praise of AOC By Jacob Bender, CAIR-Philadelphia Executive Director andChristine Mohamed, CAIR-Pittsburgh Executive Director If you have not already seen it, we urge all of you to watch the speech by Rep. Alexandria Ocasio-Cortez in Read more…

How Can We Establish Peaceful Communities? by Iman Ahmad The Prophet Muhammad (PBUH) is believed to be one of the most influential people in history. He was known for his kindness, patience, and leadership skills. Read more…

Applying Respect to my Life by Ayah Sabil Prophet Muhammad was the perfect person. He was the perfect leader, husband, and friend to those around him. In the sunnah of our prophet it is clearly Read more…