A crowd of Muslims and religious rights activists applauded when Pittsburgh City Council passed a measure to oppose Pennsylvania House Bill 2029 on Tuesday.

Councilman Bill Peduto blasted the bill, which would prohibit “the application of foreign law which would impair constitutional rights.” He said it is based on an “anti-Sharia law” bill that was struck down by federal courts in Oklahoma.

“The bill that is being considered by Pennsylvania State Legislature caters to bigotry and prejudice,” said Peduto. “Its basis is unconstitutional. It goes against the wishes of our founding fathers.”

Safdar Khwaja of the Council on American-Islamic Relations said City Council’s opposition to HB 2029 is encouraging.

“Passage of this resolution will be an affirmation of the city’s basic belief in the spirit of all peoples, of all minorities, and of the strength of our legal system,” said Khwaja.

CAIR’s website said the bill “is part of a national effort to vilify, stigmatize, and demonize Islam and Muslims.”

Councilman Peduto likened the state-level bill to “hate legislation” against Catholics that was passed about 150 years ago by Pittsburgh Mayor Joseph Barker.

“The Catholic bishop was actually imprisoned, and the cathedral was burnt down,” said Peduto. “This is the exact type of thing we need to be fighting.”

HB 2029, introduced by State Rep. RoseMarie Swanger (R-Lebanon County) has been stagnant in the House Judiciary Committee since November. 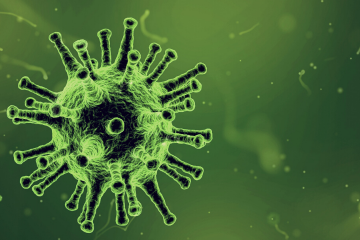 Statement by PA Attorney General On Bias And Hate Crimes During the COVID-19 Public Health Emergency Dear Community,  In order to keep our community informed during the unprecedented times, we are sharing a statement by the PA اقرأ المزيد…

Assalam Alaikom, To our family, community, neighbors and friends, CAIR- Pittsburgh remains committed to working for you, your civil rights, for the American Muslim community, and for all Americans during the current coronavirus (COVID-19) pandemic. While our اقرأ المزيد…